We have 63 guests and no members online

Sacred Mysteries: The structural honesty of the Last of the Goths

here was quite a hoo-ha over the rebuilding of the chapel of Tonbridge School after its destruction by fire in 1988. The architect of its rebuilding, Donald Buttress, called it “a messy and very damaging affair”. 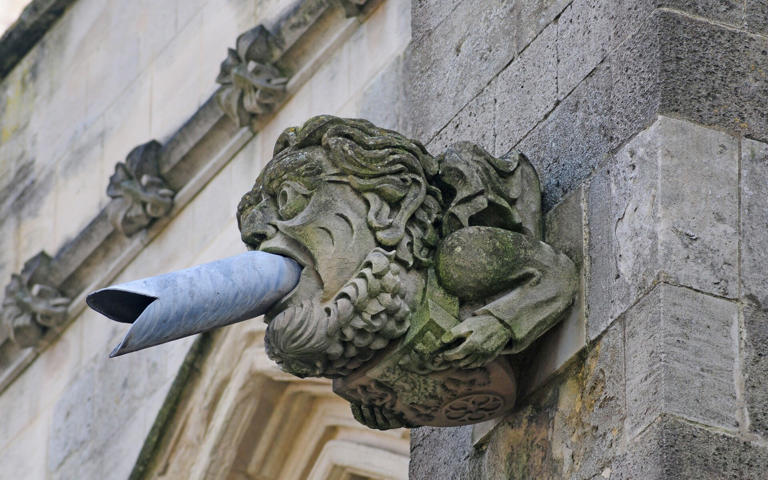 That phrase came in a letter in 1992 to Kenneth Powell (at the time architectural correspondent of this newspaper, and widely known for his work with Save Britain’s Heritage). Now Powell has written a study of Buttress’s life and work that elucidates the controversy. Buttress, now 90, was at Westminster Abbey (of which he was Surveyor of the Fabric for more than a decade) to see the book launched after a service of choral Evensong.

Among the pejorative terms thrown at Buttress during the rebuilding of Tonbridge School Chapel was “Modernist”. It is true that he used modern materials for the new roof above the old brick walls, all that were left from the Edwardian chapel of 1902.

The new wooden roof was given steel beams, grey-blue with red detailing. Above internal stone wall-shafts, steel “upswingers” – horn-shaped bundles of curved metal rods – secure the roof ties. Halfway down the nave, from two pairs of roof beams, hang inverted triangular steel frames. These support six-foot chandeliers suspended from the roof ridge and also stiffen the roof to support an external roof turret topped by a cupola and flèche.

Buttress had not wanted to replicate the roof spirelet lost in the fire. For one thing, it would be expensive. He wanted to extend an existing stair turret at one corner to accommodate a bell-cote. But he adjusted his plans. The leadwork of the new roof turret was to win an award for its craftsmanship. Indeed, the whole chapel possesses the spirit of Arts and Crafts. Buttress believed the chapel embodied much of his architectural credo: “directness, structural honesty and expression, rooted in history but definitely of its own time”.

Powell narrates an early passage in the architect’s life to explain his conviction that “all great Gothic buildings are capable of growth and enrichment”. Buttress did his National Service at St Athan, Glamorgan. Not far away was Llandaff Cathedral, badly damaged by bombing, but in 1957 restored with a striking addition to the nave. It was a great concrete parabola arch, allowing sight of the east end, but acting like a medieval pulpitum or stone screen. On this arch stood a vertical cylinder on which was fixed a sculpted figure of Christ in Majesty by Jacob Epstein. The architect responsible for this was George Pace (1915-75). Buttress thought it a 20th-century masterpiece.

When Buttress became Surveyor to the Fabric of Chichester Cathedral in 1985, he took Pace’s ideas with him. Though a conservationist, he agreed with Pace’s opposition to “arid preservationism which ignored liturgical and aesthetic issues” in Powell’s words. Buttress sometimes found it hard to accept that the shape of church buildings should be decided by secular elements in the conservation lobby. While surveyor, Buttress contributed to a beguiling little book on the collapse of Chichester spire in 1861. His years at the cathedral are commemorated by a carved gargoyle.

As Surveyor of the Fabric of Westminster Abbey, 1988-99, Buttress restored the exuberantly Perpendicular Henry VII’s Chapel, replacing more than 300 of its carved elements, many the decayed work of Thomas Gayfere, the early 19th-century master mason. Here and elsewhere Buttress formed part of a long tradition and did not repudiate the sobriquet accorded him as “the Last of the Goths”.