We have 118 guests and no members online

gay couple who wanted a church wedding said they were turned down by 31 locations – but finally they’ve been able to tie in the knot in a religious setting. 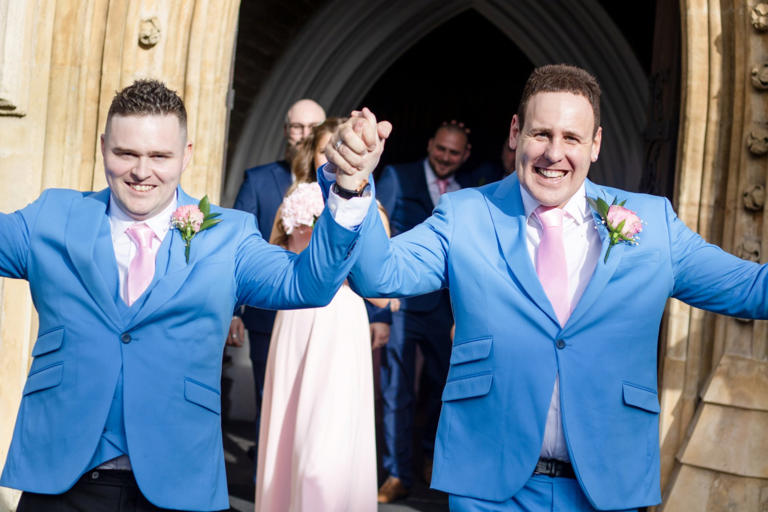 After a family health issue, they knew now was the time to marry.

They had always wanted a church wedding but claim they were rejected 31 times after calling venues.

Thankfully, Wanstead United Reformed Church said yes on the 32nd try – and the pair were able to marry in front of family and friends on October 21.

Shane said: ‘Honestly, I’d all but given up. But when I spoke to [Reverend] Tessa I was literally shouting with joy and jumping round the room. David didn’t believe me.

‘When we met Tessa she said, “I can see you love each other, love is love”. It was the most amazing feeling.

‘She said, “Everyone deserves to marry the person they love” – and she’s right.

‘The day was so special. That church was a light at the end of a tunnel. They are so brave and we will always be so grateful to them. 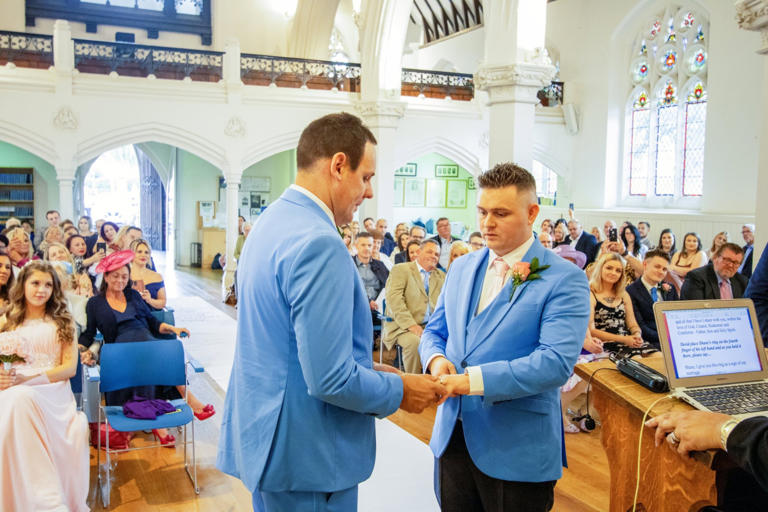 ‘It really wasn’t easy but it was more than worth it all. We thought it would never happen. It was like they were all reading a script – “We’d love to, but no”.’

The couple, from Waltham Abbey, Essex, met through a mutual friend in 2014 and were together by 2016.

Electrical engineer David then proposed on a beach on a family holiday in Crete, and the couple brought the wedding forward two years.

Both men are Christians who attend church every six weeks, so they were set on the traditions of a church wedding.

Shane, who is deputy mayor for Waltham Abbey and a councillor for Epping Forest, said he then spent up to 15 hours on the phone trying to find a venue.

When the big day finally did arrive, David walked down the aisle first with his mum, Dawn Bond, 56.

Shane was given away by mum Maria Markham, 58, and grandmother Iris Markham, 79.

His daughter Tilly, 15, was the maid of honour.

More than 100 guests piled into the church to witness the happy union, and an extra 40 joined the party at Waltham Abbey Town Hall. 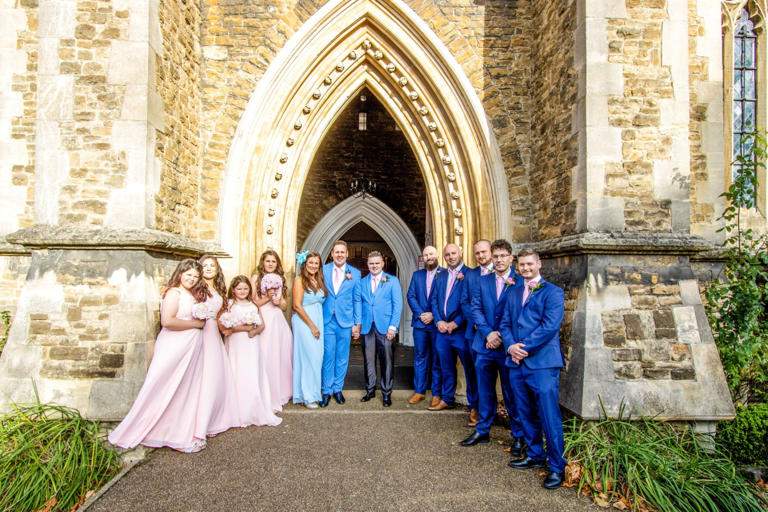 Happy days (Picture: Ellie Stewart / SWNS)© Provided by Metro
David said: ‘It was a day I’ll never forget. We were surrounded by so much love on the day. It was the perfect wedding.

‘We were over the moon when the church agreed to marry us. Everything felt complete. I had hoped Shane’s patience and determination would pay off and it did.

Shane added: ‘It was so moving, overwhelming, I could hardly believe it. It really was the most special moment.

‘We had done it and we hadn’t had to settle for something we wanted less. I’m delighted we’re part of that church’s history, we’ve made friends for life.

‘Gay people just don’t think it is possible, but if you are a same-sex couple and you want to get married in a church just don’t give up.

‘I think a lot of churches are frightened of a backlash – people saying it isn’t what the bible says.

‘But I think they could find a way of interpreting that for themselves and making it possible, after all, love is love no matter whether you’re gay or straight.’

The United Reformed Church UK’s website says they have a continual aim of reforming themselves to be a church for the present day.

Same-sex marriage was legalised in the UK in 2013, but according to the Church of England website, the law prevents its ministers from carrying out same-sex marriages.

It adds that although there are no authorised services for blessing a same-sex civil marriage, your local church can still support you with prayer.