We have 97 guests and no members online

Pope Francis denounced the “sirens of populism” as he called for a renewed commitment to helping the poor, homeless and migrants amid Italy’s latest migration debate.

Francis celebrated the Catholic Church’s World Day of the Poor on Sunday by inviting hundreds of poor and homeless people and migrants into the Vatican for a special Mass and lunch.

He denounced the indifference the world shows them as well as the “prophets of doom” who fuel fear and conspiracies about them for personal gain. 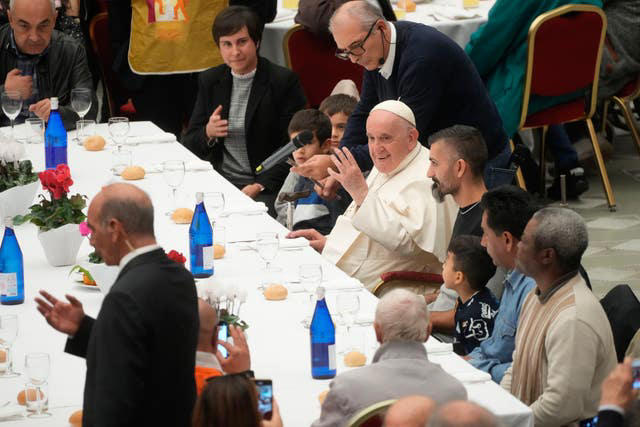 Pope Francis waves during a lunch at the Vatican for hundreds of poor and homeless people, and migrants (Gregorio Borgia/AP)© Provided by PA Media

“Let us not be enchanted by the sirens of populism, which exploit people’s real needs by facile and hasty solutions,” Francis said.

This year’s commemoration takes place as Italy once again is at the heart of a European debate over migration, with the far-right-led government of Giorgia Meloni going head-to-head with France over the fate of people rescued in the Mediterranean.

Italy kept four rescue boats at sea for days until finally allowing three to disembark last week and forcing France to take in the fourth.

The stand-off sparked a diplomatic row that resulted in France suspending its participation in a European redistribution programme and reinforcing its border crossings with Italy. 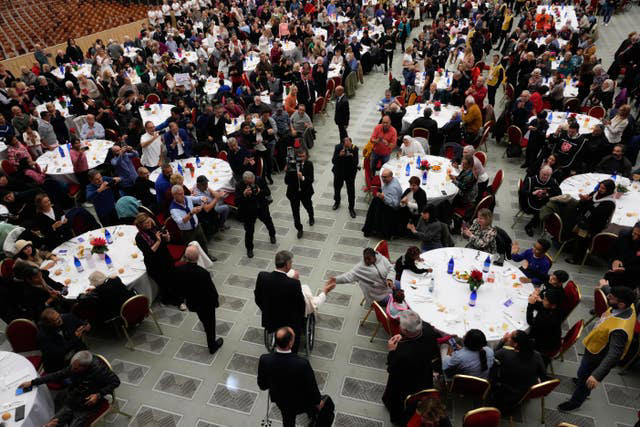 The Vatican invited hundreds of people, including migrants, for lunch on Sunday (Gregorio Borgia/AP)© Provided by PA Media

Francis lamented that the war in Ukraine is only adding to the plight of the poor, who are still reeling from the coronavirus pandemic, as well as from natural disasters and climate change.

“Today also, much more than in the past, many of our brothers and sisters, sorely tested and disheartened, migrate in search of hope, and many people experience insecurity due to the lack of employment or unjust and undignified working conditions,” he said.

To show concrete acts of solidarity, the Vatican invited some 1,300 people to lunch in the audience hall after the Mass.

In addition, free medical checks that had been halted due to Covid-19 were restarted this week in St Peter’s Square, providing people with check-ups, vaccines, blood tests, electrocardiograms as well as tests for hepatitis C, tuberculosis and HIV.