We have 53 guests and no members online

woman raped by a priest in a children’s home when she was just eight years old has criticised the Scottish Government’s scheme to compensate victims of historic sexual abuse.

Joanne Peacher, 53, was sexually abused by a female member of staff at Nazareth House in Glasgow and just weeks later was raped by a priest.

Scotland’s Redress Scheme makes payments to people who were abused while in care as children before December 1 2004. It also provides help such as therapy, to those who need it.

But Joanne, who has learning difficulties and has battled mental ill health since she was abused, is still waiting to hear of her claim almost seven months after it was lodged. 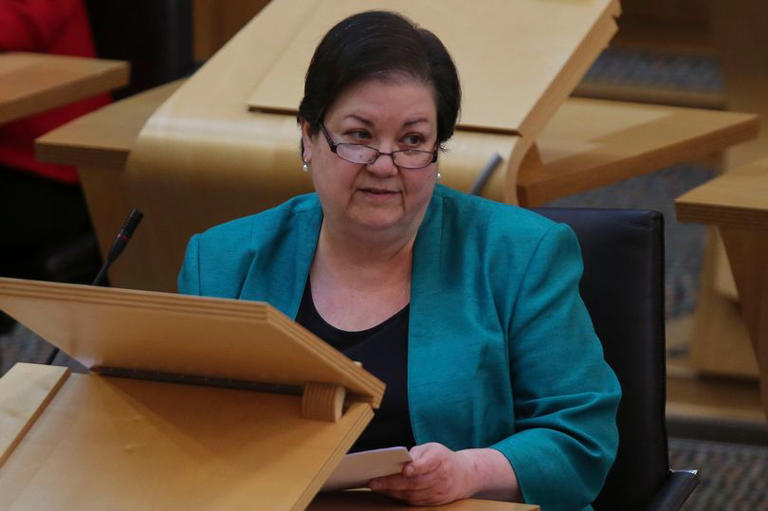 She is desperate for her claim to be settled so she can begin the therapy she needs to help her come to terms with her horrific experiences.

oanne and her husband Andrew, 55, are begging the Scottish Government to tweak the scheme to allow victims to get the help they need immediately rather than waiting for the full financial package to be addressed.

Andrew, Joanne’s carer, said: “The money will allow her a few material things she has always wanted but the most important thing is the therapy.

“There aren’t the facilities in the NHS to cope with the amount of survivors and the complex treatment plans they need.”

She said: “It is very disappointing that there are delays with people having their claims dealt with by the Redress Scheme.

“People who have been abused in care have suffered so much already and these delays add insult to injury.

“The SNP Government must urgently ensure the resources are in place to deal with the backlog and to settle claims.”

Joanne’s mother had drug addiction issues and was unable to look after her in their Glasgow home.

She was in and out of care since she was a year old.

When she was eight Joanne, who has mild learning difficulties, said a female member of staff “whacked me with a stick three or four times on my ankle bone. She told me to say I’d fallen”.

However, her ankle was broken and after Joanne’s mum confronted the woman the little girl was targeted.

A few days later Joanne was in bed with German measles when her attacker brutally sexually assaulted her with a stick.

Just weeks later she was raped by a young priest as she lay in bed at night but she never reported it because she was too scared.”

For years, she told no-one about either incident: “I think I was too scared. I just wanted to forget about it. I wanted it to go away and not come back. Then I started getting flashbacks.”

She finally told her husband after 10 years of marriage and reported it to police who said they were unable to do anything because of a lack of evidence.

It was years before she finally got anything resembling juice.

After the Scottish Government created Redress Scotland she thought she would finally get some comfort.

Commenting, Joanna McCreadie, Chief Executive of Redress Scotland, said: “We welcome the strong response from survivors and their families to Scotland’s redress scheme.

“Since launching in December, the scheme has seen a high volume of enquiries and applications which has led to delays in how quickly completed applications can be passed on by Scottish Government caseworkers for consideration by the independent Redress Scotland panel.”

Once a completed application is received by Redress Scotland, the body says the average time for determination is 21 working days.

A Scottish Government spokesperson said in response to feedback they had received “the operating model for Scotland’s Redress Scheme has been improved to ensure that applications can be progressed prior to applicants having a case worker allocated and that the scheme remains robust, credible and operates efficiently, with survivors at the heart at all times”.