We have 57 guests and no members online

An influential seer from a politically dominant community in India has been arrested after being accused of sexually assaulting two minor girls at his seminary in the southern state of Karnataka. 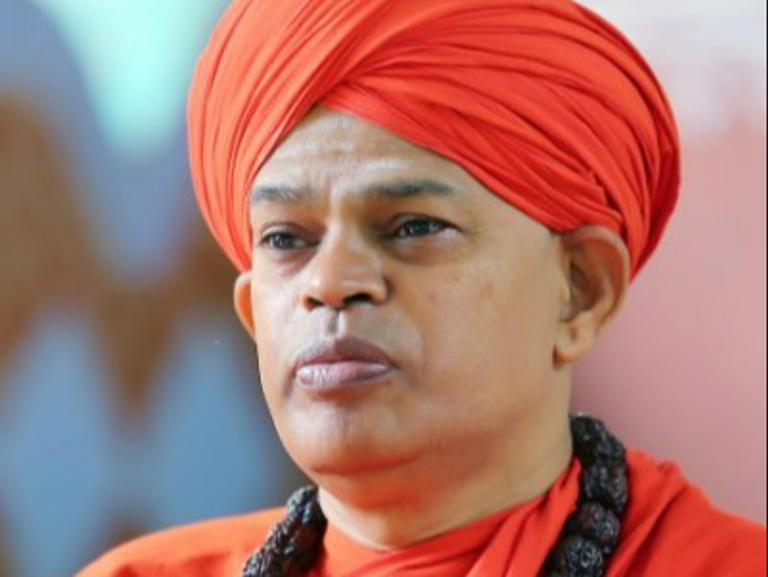 Shivamurthy Murugha Sharanaru, the chief pontiff at Murugha Mutt in Karnataka’s Chitradurga district, was arrested by police late on Thursday night at the seminary’s premises.

There was widespread backlash aimed at the Bharatiya Janata Party (BJP) state government, which was alleged to have not taken action and shielded the seer, after the accusations emerged last week.

The rape-accused seer had addressed a gathering at the seminary on Monday and told his followers there was nothing to fear, reported The News Minute.

Hours after his arrest, the seer complained of chest pain on Friday and was shifted to a hospital for a medical checkup, taken to jail and then again moved to the hospital.

Soon after, he was produced before a court which remanded the seer to a four-day police custody.

Sharanaru is from the Lingayat community, an important section of voters for the BJP given it comprises nearly 17 per cent of Karnataka’s population.

Several former chief ministers of the state, including those from the BJP, are also from the community which wields considerable influence on election outcomes.

The state is due to go to the polls early next year.

Several of Karnataka’s political leaders, including ministers, had come out in the seer’s defence, despite a First Information Report (FIR), the first step to a police probe in India, being filed on 26 August.

One of the two minor girls belongs to the community – a lower caste in India which has been subject to widespread historical discrimination.

The complaint was filed by the Mysuru city police under the Protection of Children Against Sexual Offences (POCSO) Act along with charges of rape, after the two minor girls had escaped from the mutt (seminary) premises and approached a local nonprofit that helps child trafficking victims.

The girls alleged they had been sexually assaulted between January 2019 and June 2022.

With the help of the nonprofit, the girls narrated their account of the abuse to the Child Welfare Commission, which functions under the state government, after which the complaint was filed.

Police have also arrested four others, including the seminary’s warden, in connection with the case.

“We don’t need to answer any allegations,” Mr Bommai said in a statement to reporters. “I’ve already said everything will be done according to the law, it’s not appropriate to speak now. We’ve given free hand to the police and they’re doing their job.”

Meanwhile, protests have continued over the perceived delay in arresting the seer, who has enjoyed patronage from all sides of the political spectrum.

Mr Yeddiyurappa is a member of the same community as well and an influential state politician from the BJP.

Rahul Gandhi, a senior politician from the opposition Congress party, had visited the seminary as recently as 3 August and had tweeted that he had received blessings from the seer.

BJP lawmaker Lahar Singh Siroya, however, had suggested last week that the case be transferred out of Karnataka in the interests of justice.

“If there is even an iota of doubt that interests of justice will be served better if this case is transferred outside Karnataka, then that too should be considered. In this case, not only perceptions matter but restoring confidence in the health of our society is very important. All of us have a crucial role to play in that respect,” he was quoted as saying by The Hindu newspaper.