We have 7 guests and no members online

When is Hajj and what is the annual Islamic pilgrimage to Mecca about?

When is Hajj and what is the annual Islamic pilgrimage to Mecca about?

Every year millions of Muslims make the pilgrimage to the Kaaba, or the 'House of God', in the sacred city of Mecca in Saudi Arabia.

Over the course of five days, rites of Hajj are performed, in what is considered one of the five pillars of Islam.

Every Muslim is expected to make the pilgrimage at least once in their lifetime.

But when is Hajj this year and how will coronavirus impact the religious gathering? Here's what you need to know... 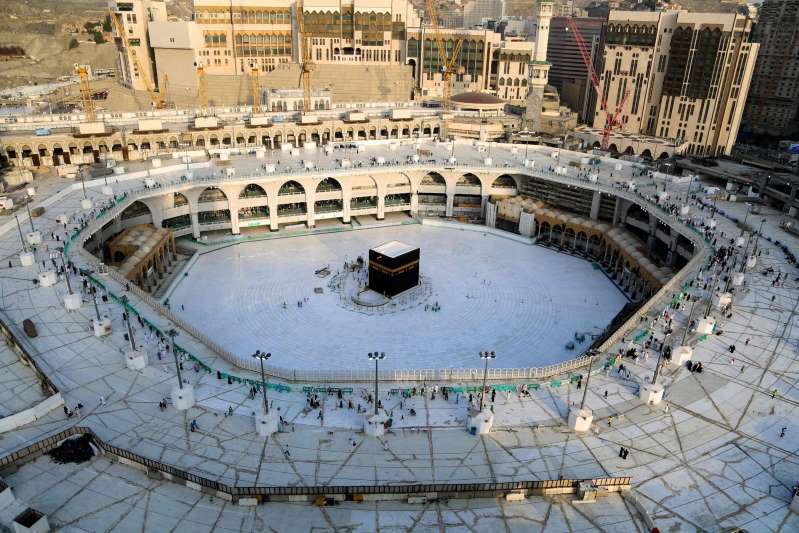 This year, Hajj begins on Tuesday, July 28, and will end on Sunday, August 2.

Why is it important in Islam?

The event also coincides with Eid al-Adha, which marks Abraham's willingness to sacrifice his son Ismael on divine orders.

Over a five-day period, various rituals take place, with pilgrims donning special religious garments and performing a counter-clockwise procession around the Kaaba, a cube-shaped building draped in black silk.

In the eastern corner of the Kaaba lies a black stone, which Muslims believe to be the one that angel Gabriel gave to Abraham.

Pilgrims then touch or kiss the stone as part of the ceremony.

How will this year's Hajj be different?

As has been the case with many events and religious festivals, Hajj will be scaled back this year to curb the spread of coronavirus.

Saudi Arabia's Hajj Ministry said it will only allow 1,000 people already residing in the kingdom to participate in this year's pilgrimage.

That said, it has been reported that as many 10,000 people could take part.

Guidelines also state that pilgrims must be between the ages of 20-50, and they must be in good health.

Pilgrims from further afield and from different countries will not be permitted to take part in the annual Hajj this year.