We have 65 guests and no members online

People must confront the “destructive habits” that limit their efforts to tackle climate change, a world-first inter-faith ceremony has heard.

A former archbishop of Canterbury gathered in London alongside leaders from a range of other religions to “offer our voice as a contribution” to work by politicians and negotiators at the Cop27 climate summit in Egypt.

Similar ceremonies were set to happen in Sharm El-Sheikh and other locations around the world.

Organisers said it was the first multi-faith ceremony to “seek forgiveness for climate sins” and hoped it would “inspire humility and action” during Cop27, which ends on November 18.

As the event began, Dr Rowan Williams told those gathered: “As religious leaders we offer our voice as a contribution to the gathered leaders (at Cop 27) and to humanity.

“We must also confront honestly the destructive habits which continue to limit the possibilities and the hopes of human beings, in a call for wake up and self-examination.”

The faith leaders climbed Parliament Hill, with scrolls bearing “Ten Principles for Climate Repentance”, in a nod to the 10 Commandments revealed to Moses on Mount Sinai, which is about 125 miles away from the Cop27 conference. 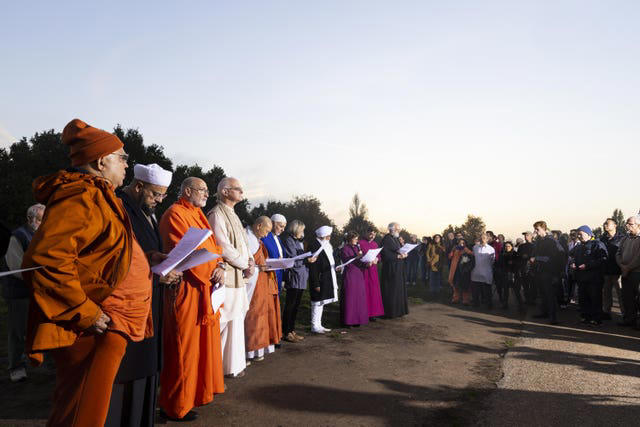 The leaders were also taking part in a two-hour multi-faith Climate Repentance Ceremony at a synagogue in north London on Sunday evening.

He said world leaders must know “that they’re not negotiating on behalf of a country or set of interests, but on behalf of a deeper vision of humanity and how it’s placed in the world”.

The rabbi said a specially created oath developed in partnership with the Peace Department non-profit organisation could help motivate people to do more when it comes to climate change.

It says: “I, as a person of hope, pledge to do my best to make the world better for people and the planet each day that I may live.” 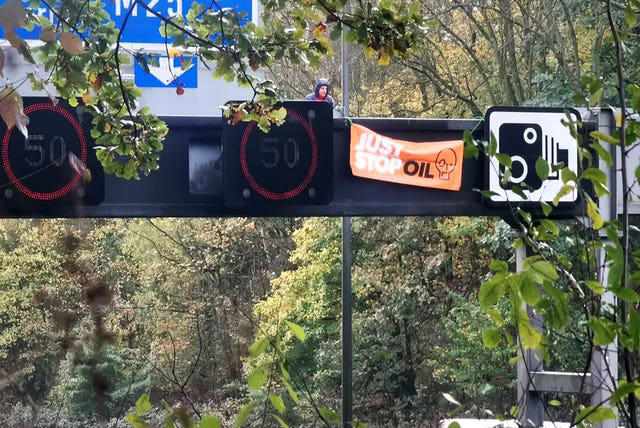 In an interview on Friday, Dr Williams urged the Government to insulate more homes and take “a more edgy role internationally” to tackle the climate crisis.

He said he was “disappointed” with Prime Minister Rishi Sunak’s decision – later reversed – not to attend the Cop27 climate summit, and expressed “a lot of sympathy” with the argument that “shock tactics” used by climate protest groups such as Just Stop Oil and Extinction Rebellion can “break through to people”.

Asked if disruptive protests are justifiable, he said: “Mixed feelings, to be honest. Tactically speaking, I do take the point some people are really, seriously alienated by actions like this, especially if they’ve been sitting on the M25 for five hours or whatever it might be.

“But at the same time, I’ve got a lot of sympathy with the idea that some kinds of shock tactics do break through to people, and my own question is always: how far can you go with shock tactics before you really lose the audience?

“I think I’d echo what I think (the columnist) Polly Toynbee said in The Guardian the other day: if you’re really angry and put off by the actions of Just Stop Oil protesters, what exactly are you doing, what are you going to do to turn all this around?”